“Hardly anyone sees my Facebook posts any more.” Good. That means it’s working.

If everybody saw everything that everyone else posts on Facebook, the world would end in zero productivity oblivion. Sorry, but not everything you post will be seen by everyone.

“Hardly anyone sees my Facebook posts any more.” Good. That means it’s working.

If everybody saw everything that everyone else posts on Facebook, the world would end in zero productivity oblivion. Sorry, but not everything you post will be seen by everyone.

If everybody saw everything that everyone else posts on Facebook, the world would end in zero productivity oblivion. 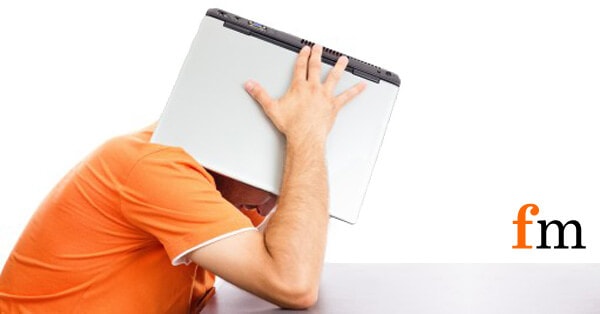 I’m an avid reader of Emily Turner over at the Deeson Creative blog. Well not just there, I stalk her because when I grow up I want to be like her – she does social very well and, unlike many, actually knows what she’s talking about.

Anyway, in the second of one of my idol’s posts interviewing her one of her idols – Martin Belam on death of the homepage and Facebook zero – one thing really stuck out for me. Because it’s something I’ve been trying to explain to people about Facebook and the dreaded “Organic Reach” for a long time.

When Facebook Pages first started, pretty much everything they posted would have appeared in their fans’ timelines. The trouble is, as people started liking more pages and pages start creating more posts, our timelines become more and more crowded and some Pages even become spammy.

Living on the Edge

In 2011 Facebook introduced Edgerank, which took into account how much you and your friends liked a Page / Post and what kind of post it was in determining whether or not to show you a post. By 2013, panic was setting in with Page owners which we tried to address over on Dear Geek with “Facebook pages are not disappearing completely from your feed!”

Facebook no longer refer to Edgerank and now their algorithm apparently uses 100,000 factors instead of the old three.

It’s time to face the facts:

We cannot read everything

You’re not that important

When creating content for your Facebook page you have to be original, interesting and focus on the reader, not on your message. The genuinely useful posts are the ones that are liked and shared, which means they will get organic reach.

Sometimes you have to cheat a little and use a sponsored post. Yes, this means spending money, but I don’t know of any other method that can be so finely targeted and have such wide reach as a Facebook ad but is so cheap.

Martin explains more in his post on ampp3d and these numbers tell a simple, powerful story:

Thanks for the great interview, Emily!

Share on TwitterShare on FacebookShare on LinkedInShare on Email

Warning: some of our posts contain affiliate links, most contain traces of nuts. All posts have been written in an environment where nuts are frequently located.

When recommending products or services, we will frequently use affiliate links. If you make a purchase after clicking on them then we may well receive a small payment.

However, we only recommend products that we use ourselves – the referral fee is just a little bonus. Even without that bonus, we would still recommend the product and posts are not written with the sole intention of receiving that bonus.

Any bonus we do receive helps us fund our community projects.

2 thoughts on ““Hardly anyone sees my Facebook posts any more.” Good. That means it’s working.”